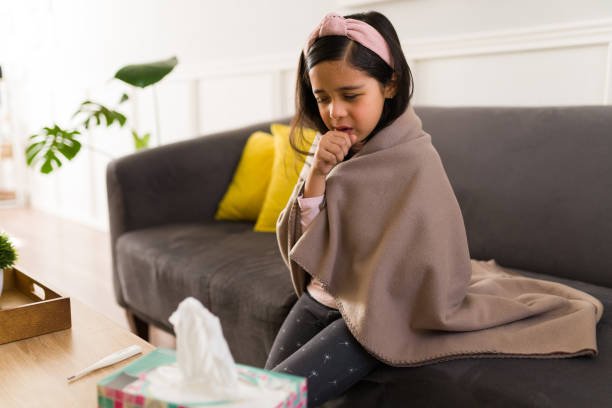 Back to school arrives, and the increased risk of Frequent infections in childhood, especially in the first school stage, which includes schooling in nursery schools or nurseries and infant courses in schools. Children from 0 to 6 years old still develop immune systems and are more vulnerable to infectious diseases such as gastroenteritis, colds or conjunctivitis. In fact, according to data from the Spanish Association of Primary Care Paediatrics (AEPap), between 30 and 50% of the infections children suffer at an early age may be related to nurseries or kindergartens.

Children’s most frequent diseases in the early stages of schooling are usually not serious. They typically peak in the first months after the summer holidays, September and October. However, these pathologies can appear anytime during the school year. Many parents often go to pediatric consultations because their children are always sick.

Among the causes of the increased risk in the first months of going back to school is the weather because with the arrival of autumn, there are sudden temperature changes, and there is greater humidity due to increased rainfall. Both conditions are the breeding ground for the proliferation of viruses and bacteria that cause prevalent infections in minors.

On the other hand, going back to school implies more excellent contact of the student with his classmates and, therefore, more possibilities of contagion and direct communication with viruses and bacteria. Specifically, there are three routes of disease transmission, as indicated by the Spanish Association of Pediatrics (AEP): oral, respiratory and skin. Most common diseases in nursery schools and the infant stage

Among the most common diseases in nursery schools and the infant stage of schools are:

It is the most common of all. During the school stage, it is common for children to have symptoms of nasal congestion, runny nose and even fever. Thus, according to the AEP, most babies in nurseries have between 8 and 12 colds a year. As a consequence, they may be upset or irritable and have a feeling of shortness of breath. However, colds are usually the first step of other infections, so it is advisable to take hygiene measures to avoid contagion, such as washing your hands frequently, not sharing objects or clothes, covering your hand when you cough or sneeze, etc. In addition, it is advisable to follow proper hydration and a diet rich in vitamins and minerals to have a strengthened immune system and maintain good rest.

It is an infectious disease characterised by fever, sore throat and small nodes in the neck. In addition, it can be accompanied by a runny nose, cough and hoarseness. According to the app, 70-80% of pharyngitis is viral, especially before three years of age, and the rest are bacterial, affecting more after three years of age. Among the latter, those caused by Streptococcus cause 30% of pharyngitis in children.

Otitis is one of the main consequences of colds. Acute otitis media is one of the most frequent pathologies in childhood because its Eustachian tube is more comprehensive, shorter and more horizontal than adults, which facilitates the arrival of germs from the nose. In fact, according to data from the Spanish Society of Otorhinolaryngology (SEORL-CCC), 90% of the child population suffers at least one episode of otitis before the age of five. In addition, between 10 and 20% of children have frequent bouts of acute otitis media, which can cause fever.

Conjunctivitis can be of bacterial or viral origin and manifests with red eyes, tearing, foreign body sensation, itching and rheum. It is usually accompanied by flu or cold symptoms if it is viral. In addition, it may be due to an allergy or irritating substance such as sand, chlorine, smoke or dust, among others.

It is a common disease in childhood, typical of the cold months, whose primary cause is the respiratory syncytial virus (RSV). The youngest children are the most vulnerable due to the immaturity of their immune systems. It can be confused with a cold and flu because its most characteristic symptoms are congestion, cough or fever. As it progresses, the little ones usually have more difficulty breathing or swallowing, with the appearance of beeps in the chest.

It is a contagious disease caused by viruses of the enterovirus family, the most common in saliva, faeces or mucous membranes. It is widespread among children who are beginning to walk up to five. The pathology appears in the form of blisters or mild rashes on the feet, hands, mouth and nose area, as well as in the pelvic region where the diaper is placed. In addition, the child may have a headache, sore throat, and loss of appetite. In the most severe cases, ulcers in the mouth and throat, fever or gastroenteritis may appear.

It is the sixth disease or sudden exanthema, usually affects children between three months and three years of age and is caused by a virus and is more frequent in autumn and spring. It usually begins with a high fever, and mucosal lesions or catarrhal symptoms may appear. When the agitation ceases, a skin rash in the form of pimples between 3 and 5 mm in diameter and rosy in colour appears on the trunk.

It is a common pathology in the childhood stage caused mainly by viruses. It manifests with sudden onset diarrhoea, accompanied by nausea, vomiting, fever or abdominal pain.